The rural territory was arranged according to a grid of regular modules (centuriae) which were about 710 meter long. The layout was based on the criterion of orientating the principal axes according to the cardinal points (secundum naturam coeli) or on the basis of the nature of the soil, climate or environment in general (secundum naturam soli).
Roads, paths, walls, irrigation and drainage canals perfectly matched the boundaries of the modules, designed as functional elements within the overall planning of each cultivated plot. 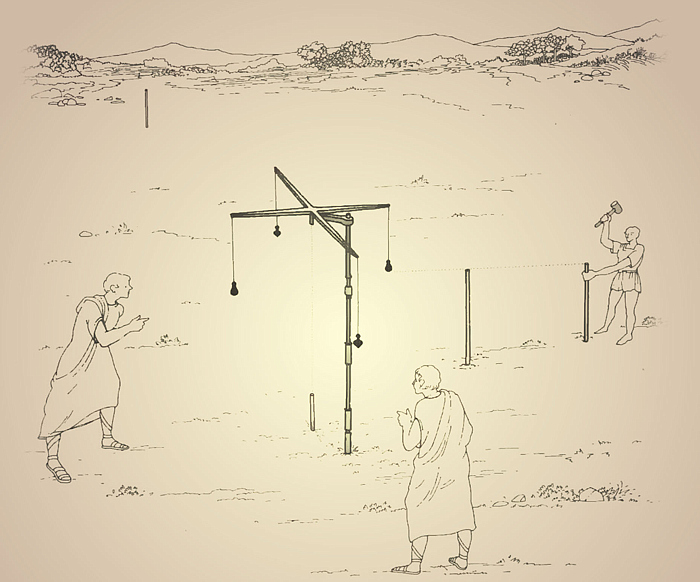